The introductory film starts with the Democratic Convention of July 1944. Harry Truman is nominated as FDR's Vice Presidential running mate.

This fast paced film moves quickly to the November election and the January 1945 inauguration of FDR to his fourth term as President and Truman as his Vice President.

The film continues through February, March and April with footage from World War II in Europe and Asia.

Then the film is interrupted by the announcement of FDR's death.

As the film progresses to show Truman becoming the 33rd president, a variety of quotes from newspapers, politicians and other people from the time are displayed on the main screen and on the screen behind the view. Some of these quotes are positive, some are negative and some are cautiously optimistic. They all agree the new president has an enormous challenge and test ahead of him.

Harry Truman was 60 years old when he became President of the United States. His life up to that point consisted of a wide variety of experiences, including great successes and failures, which influenced him in subtle, but often profound, ways. He had known farm life, war, owning a business, and business failure. This made him sensitive to the daily struggles of ordinary Americans, who shared many of the same life stories. Truman had also spent nearly a quarter century in politics. This, too, shaped his behavior as President.

The film ends with a thoughtful question to carry into the exhibit galleries:

"What in Truman's past prepared him for the Presidency?" 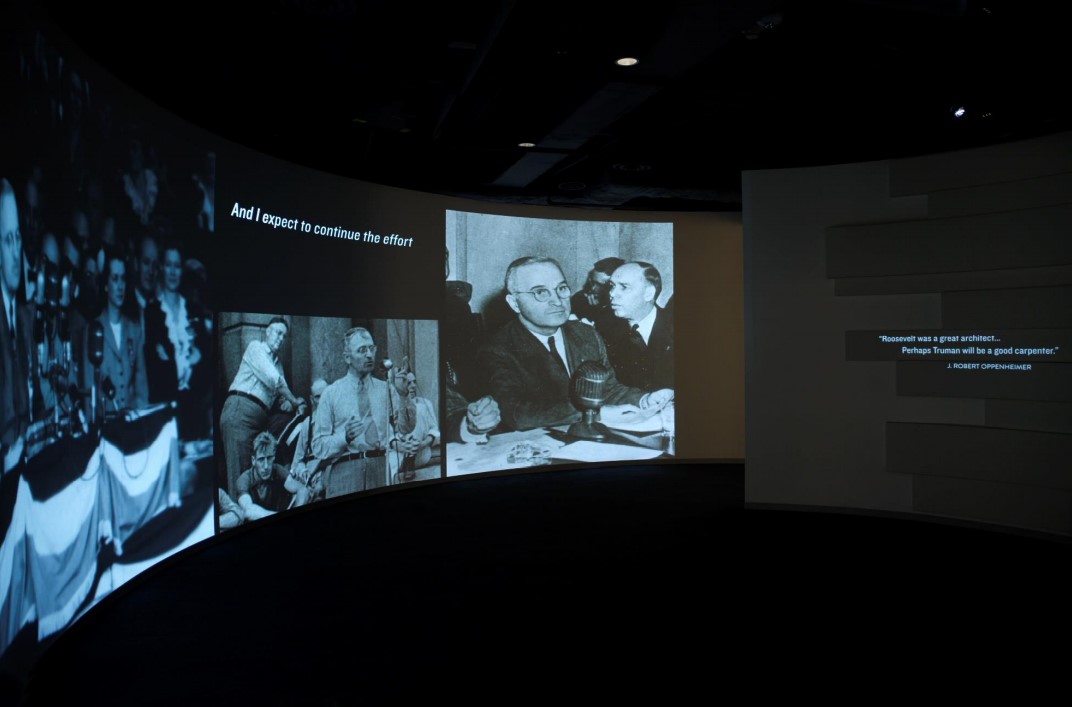