Independence was the big small town in which Harry Truman grew up, went to school, fell in love, launched his political career, centered his private life for most of his life, and, finally, grew old and, after dying in a Kansas City hospital, was buried. By the time Truman died in 1972, Independence had over 100,000 people and spread over almost 50 square miles. The Square was in decline and many of the old neighborhoods has lost their former prominence. There is no evidence that any of this ever bothered Harry Truman. "The Independence that I knew in 1890," Truman wrote a friend in 1950, "long since disappeared in every particular; the Independence I knew in 1928...has also disappeared; and I suppose the one of the present day will be a thing of the past in another twenty years and that is as it should be." 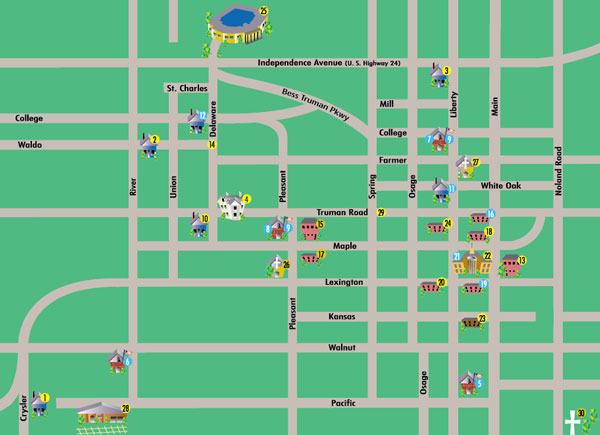