Kansas City's Downtown was for much of Truman's life the center of his business activities and an important focus of his social life. Kansas City represented the boundless world of the metropolis to Harry Truman, all his life, even after he lived in and learned of grander, more pretentious places. But in retrospect, Truman's urban world in Kansas City was remarkably small, bound--with the exception of a few important places such as the old Jackson County Courthouse and Tom Pendergast's headquarters at 1908 Main Street--on the north and south by 7th and 13th Streets, and on the east and west by Oak Street and Central Avenue. 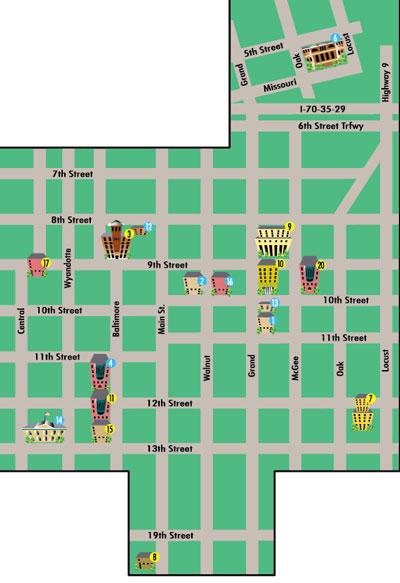