The Blockade of Berlin 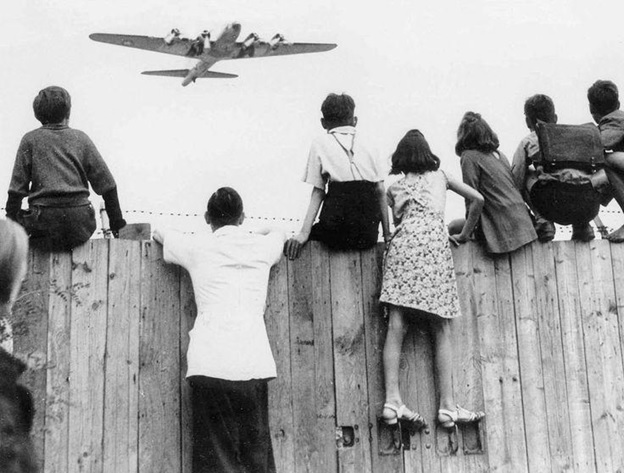 One of the most brutal conflicts in recent history, World War II devastated 113 countries from six continents. Beginning in 1939, the Allied forces — primarily Britain, Russia and the USA — sought to stop Nazi Germany in its conquest for European domination. In the six years that followed, Adolf Hitler’s Nazi party devastated Europe and wreaked violence against many social minority groups. By 1945, Western Europe had been ravaged, an entire race of people had come close to extinction and the dynamic of power in several affected countries had been forever changed. Hitler committed suicide in May 1945, and the Nazi regime collapsed. Japan surrendered in August. Even after peace was declared, the world felt the political and economic repercussions for decades.

Following the war, a defeated Germany was divided into four sections, each of which was to be occupied by one of the Allied Powers. The Soviet Union took control of the eastern part of Germany, while France, Great Britain and the United States took control of the western part. The German capital of Berlin was also divided into four sections, even though Berlin itself was in the middle of the Soviet-controlled part of Germany. Although they had been allies during the war, the United States and the Soviet Union clashed philosophically on many issues. The superpowers disagreed about how to rebuild Germany, and tensions quickly rose, resulting in what later came to be known as the Cold War. Fearing that the Soviets would try to extend their communist philosophy to other countries, the United States adopted a policy of “containment,” which involved rebuilding war-torn Europe and promoting democracies to halt the spread of communism. In March 1948, Britain, France and the United States decided to combine their sections of Berlin into one unified West Berlin, angering the Soviets further. In June 1948 the Soviet Union, whose territory fully surrounded the capital, cut off all ground traffic into and out of West Berlin in an attempt to force the Allies to abandon the city. The blockade of Berlin had begun.

President Truman suddenly faced a crisis. The citizens of West Berlin were quickly running out of food, supplies and time. Truman’s advisors suggested several options. They could evacuate the citizens of West Berlin, try to negotiate with the Soviet Union with the support of the newly-formed United Nations, figure out a way to get supplies into the city or simply abandon Berlin altogether. Their decision would determine exactly how involved the United States would be in Berlin - and in rebuilding post-war Europe.

Ultimately, Truman determined that it was of utmost importance that the United States remain a presence in Berlin. He and the remaining Allies began the Berlin Airlift, an operation that carried food, fuel and other supplies into West Berlin by plane. The effort required a lot of careful planning and many resources, but the Airlift allowed the United States to keep a foothold in post-war Germany.

Was the Berlin Airlift the best option to address the Berlin Blockade, or would a different option have better served the USA’s interests?

Lesson Procedures and Goals (opens in a new window)

Dear Bess
Decision to Drop the Atomic Bomb
Establishment of the CIA
Harry S. Truman and Civil Rights
House Un-American Activities Committee
How is the current debate about immigration in the United States rooted in our nation’s past?
How much Power does a President actually have?
Immigration in Post-War America
Invasion of Manchuria
Is control of nuclear weapons necessary to maintain peace?
Japanese-American Internment
Justice at Nuremberg
Presidential Leadership
Recognition of Israel
Steel Strike of 1952
The Blockade of Berlin
The Challenge of International Aid
The Challenge of National Healthcare
The Election of 1948
The Firing of MacArthur</di