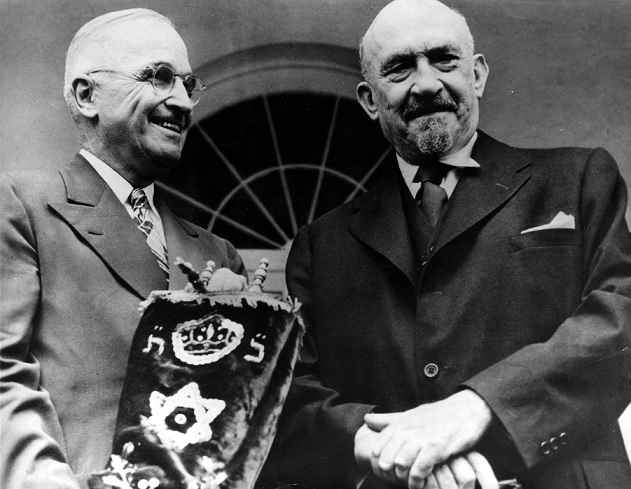 In 1917, the Balfour Declaration transferred rule of the middle-eastern region known as Palestine to the British Empire as a temporary national home for Jewish people. Between 1917 and 1948, Palestine was inhabited by Jewish immigrants who supported the idea of Zionism (the right of the Jewish people to return to the Holy Land) and Arabic-speaking Muslims and Christians who had occupied the land for many centuries. Tension began to form between the Arab Palestinians and the Jewish immigrants as both groups tried to take claim over the same portions of religiously-significant land.

In 1948, the Balfour Declaration was scheduled to expire and Great Britain would no longer rule Palestine. The question over what to do with the tumultuous country was turned over to the United Nations who would eventually decide to create the new country of Israel, specifically as a promised homeland for Jewish people. The new country was to be located across the various holy locations in which many events of the Old Testament occurred and, according to the Bible, was promised to the Jewish people by God.

U.S. President Harry Truman was the first world leader to officially recognize Israel as a legitimate Jewish state on May 14, 1948, only eleven minutes after its creation. His decision came after much discussion and advice from the White House staff who had differing viewpoints. Some advisors felt that creating a Jewish state was the only proper response to the holocaust and would benefit American interests. Others took the opposite view, concerned about that the creation of a Jewish state would create more conflict in an already tumultuous region.

Based on the following documents, would you have recognized Israel as a new country in 1948? Why or why not?

Israel Lesson Procedures and Goals (opens in a new window)

Dear Bess
Decision to Drop the Atomic Bomb
Establishment of the CIA
Harry S. Truman and Civil Rights
House Un-American Activities Committee
How is the current debate about immigration in the United States rooted in our nation’s past?
How much Power does a President actually have?
Immigration in Post-War America
Invasion of Manchuria
Is control of nuclear weapons necessary to maintain peace?
Japanese-American Internment
Justice at Nuremberg
Presidential Leadership
Recognition of Israel
Steel Strike of 1952
The Blockade of Berlin
The Challenge of International Aid
The Challenge of National Healthcare
The Election of 1948
The Firing of MacArthur
The Marshall Plan and the Cold War
<div class="views-field views-field