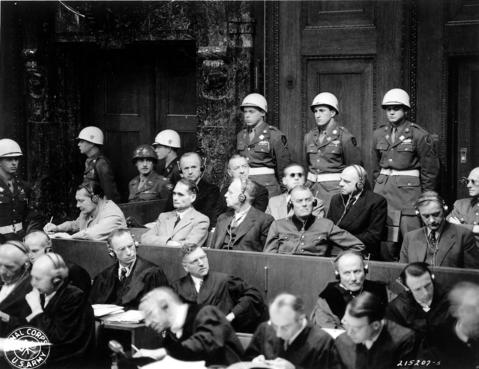 During the Nazi regime from 1935-1945, under the leadership of Adolf Hitler, 11,000,000 people were killed in what is today known as the Holocaust. The Holocaust is commonly known for the mass killing of Jewish Europeans, but was also a mass killing of any person considered “undesirable” for Hitler’s superior Aryan race. This not only included individuals who were Jewish, but also the disabled, homosexuals, Gypsies (those with Romanian descent), Jehovah’s Witnesses, or individuals who had family members generations before who practiced the Jewish faith.

Hitler was originally from Austria but fought in the German army during World War I. Due to reparations left to Germany after World War I, once Hitler came to power, he and his Nazi regime created a series of laws known as the Nuremberg Laws. Created in the city of Nuremberg, the site of Nazi conventions known as the Nuremberg Rallies, these laws sought to “purify” the German race. The laws included denying citizenship to German Jews, not allowing marriage between Jews and non Jews, requiring Jews to register property, prohibiting Jews from public places, and forcing them to close their businesses. Additionally, Jewish individuals had to have identity cards on them at all times, a red “J” stamped on a part of their body, and an identifiably Jewish name. Those who did not were forced to change their names.

In 1933, shortly after Hitler became the Chancellor of Germany, concentration camps were established. These camps were established throughout Europe and included Dachau, Auschwitz, Buchenwald, and Treblinka. In these camps Jewish men, women, and children along with those of the other groups were murdered through shootings, harsh labor, starvation, and gas chambers.

As the end of World War II approached, Allied leaders from the United States, England, France, and the Soviet Union grappled with the appropriate response to these horrendous Nazi crimes against humanity. In October 1945, five months after the defeat of the Germans, an International Military Tribunal indicted 24 Nazi leaders on one or more of the following four counts: conspiracy, crimes against peace, war crimes, and crimes against humanity. Throughout the course of one year (1945-46), the first of the Nuremberg Trials involved 403 open sessions, over 100 witness accounts, and extensive cross-examinations of evidence. On September 30 and October 1, 1946, twelve of the defendants were sentenced to death by hanging, three were sentenced to life imprisonment, two received twenty years’ imprisonment, one was sentenced to fifteen years, one to ten years, and three defendants were found not guilty. One of the initial 24 defendants committed suicide prior to the trials, and another was deemed medically unfit to stand trial. Over the course of the next three years 12 subsequent trials were held, after which twelve additional death sentences and 85 prison sentences were imposed.

The international response to the Nuremberg Trials was controversial. Overall, the majority favored the trials as they brought to light the extent of the human rights violations conducted by the Nazis. However, a small minority criticized the trials as imposing retroactive justice upon the accused, while others believed that although many Nazi leaders were brought to justice, the thousands of members of the Nazi regime and “silent bystanders” who allowed Nazi violence to take place went unpunished.

Was justice served as a result of the Nuremberg Trials?

Nuremberg Lesson Procedures and Goals (opens in a new window)

Dear Bess
Decision to Drop the Atomic Bomb
Establishment of the CIA
Harry S. Truman and Civil Rights
House Un-American Activities Committee
How is the current debate about immigration in the United States rooted in our nation’s past?
How much Power does a President actually have?
Immigration in Post-War America
Invasion of Manchuria
Is control of nuclear weapons necessary to maintain peace?